How am I driving?

More and more lorries and vans are driving around with stickers on the back asking the question:

How am I driving?

They then provide a phone number for you to phone in with the answer.

It always makes me incredibly nervous when I see one of these. You see, I’m not sure I know enough about the workings of the internal combustion engine to be able to provide a comprehensive answer and if they put me on the spot and force me to answer I think I’d just say: “the engine fairies.”

According to this article on the Guardian and idea to provide London’s canals with a swimming lane has been mooted. This would allow commuters to swim to work. 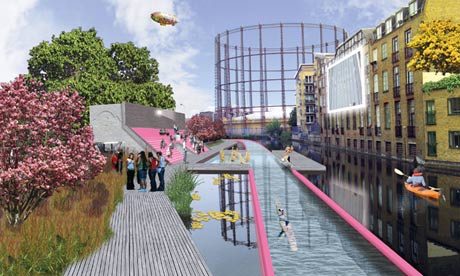 I love the idea and a 2-3 mile swim every morning (in the summer) would be a great way to start the day. It would certainly beat going to the gym and what a great way to see a bit more of London and to commute to work.

However, the comments on the Guardian piece don’t seem very complimentary.

It’s a shame as it’s ideas like this that eventually lead to real and practical uses for the canal network. You have to have the “wacky” idea first and then the more practical ideas develop from that. I would have thought that Guardian readers may have been a little bit more sympathetic to it.

In any case, it’s not likely to come to pass as it was all part of a competition to come up with new ideas to reclaim public space – and it wasn’t even the winner. However there were some great other entries, you should take a look here.