As I said, I’m visiting family in Canada and on the weekend we went out camping up into the foothills of the Rockies. If you’ve never been – go. It’s just amazing scenery and countryside and so powerfully huge and impressive. It really makes you feel small.

While we were up there I got to go swimming in another lake. 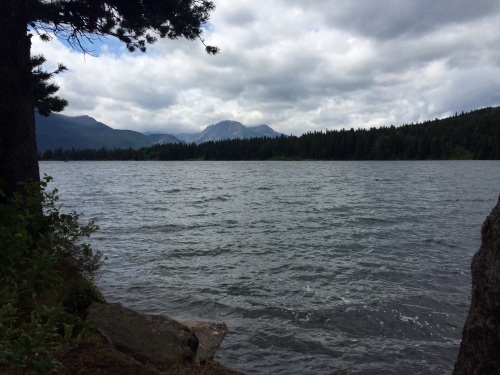 Given that we were up in the mountains I was a little concerned that it would be cold, glacial water and a bit too ‘bracing’ for me. But it was lovely – probably about 16 degrees.

I only did some widths of the lake, rather than the length as there was no-one around with a boat that could come with me and I didn’t know the lake well enough to risk it on my own. In the end that was the right decision because after about 30 minutes (4 widths) everyone else was keen to move on – it turns out it was colder out of the water.

But another nice swim done in a Canadian lake.

This is where we were camping: 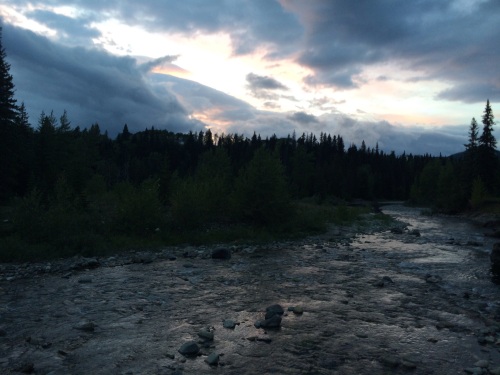 But we didn’t see any wildlife despite the warnings: 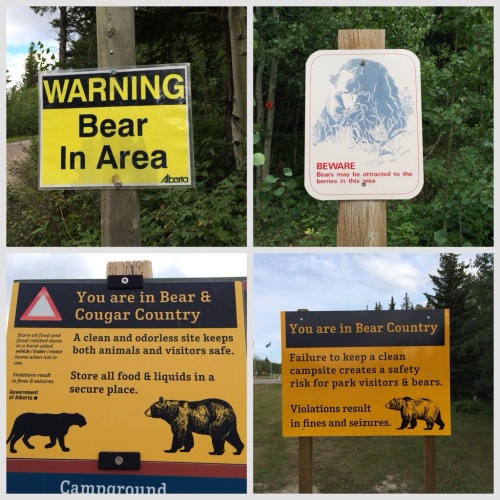