Inspired by this amazing Lego machine my son and I have decided that we too will build a Lego machine. It won’t be anywhere near as ambitious as that one, but we already have a plan in place for at least four “stations”.

To be honest, although I say it’s a joint venture it’s mainly a way for me to spend more time with my son. It gives us both something to look forward to and something to do when we have time together, instead of me just letting him watch TV. He’ll be seven in April, so I suspect that for now I’ll be doing most of the planning and designing, although he’s already a much better Lego builder than I am. 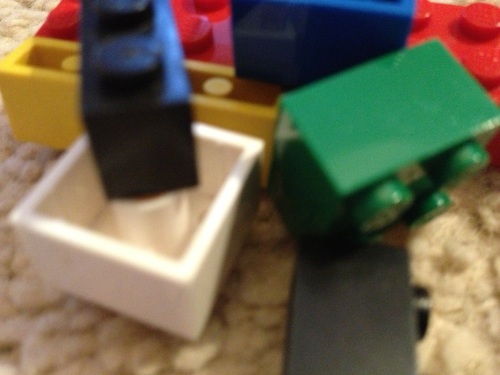 What we are also doing is starting a blog to record our progress. It was a friend‘s idea and it is a great way to get my son involved in computers, social media and also reading and writing under the disguise of playing with Lego.

I can’t promise too much “action”, but if you’d like to check out the blog it’s here – SouthwellLegoBoy.

2 responses to “New blog… about Lego”